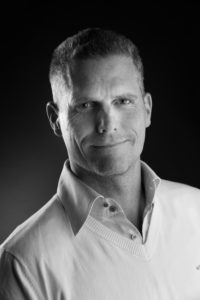 David Senouf, president and Chief Science Officer of SenTai, has combined experience in the academic & scientific domain, as well as Finance, and IT. Following a Ph.D in Mathematics at UCLA in 1994, he did two post-docs in Mathematics, and experimental Physics (both at UCLA). David has published his work in several scientific journals, in the fields of mathematical physics and numerical analysis listed below.

After his scientific work, David worked for Lehman Brothers in London as a Government Bond Trader for several years. He then started independent work in the integration of risk control systems for hedge funds and asset managers, and gradually evolved in the world of Open Source.

With a special focus on Google Cloud Platform, and all of the Big Data Tools (Big Query, DataFlow, DataProc, BI Engines). See for example ‘Everyone flies faster when bigquery fuels the bi engines at airasia (cloud next ’19)‘.

He remains involved in scientific endeavours, passionate about Cosmology (geometric & algebraic models of the universe). He is also an accomplished & prolific abstract painter, having produced more than 100 works of fine art pertaining to geometric abstraction.

Advanced models of cosmology involve the tessellation (tiling) of 3-Spheres by Platonic Solids in a 4-dimensional algebraic setting, the Quaternion algebra or hypercomplex numbers. Of particular interest is the so called Poincaré Dodecahedral Space.  See for example “A cosmic hall of mirrors“. Poincaré Dodecahedral Space, Jeffrey Weeks. For more information on the subject, please see “Cosmology and the Golden Ratio“. 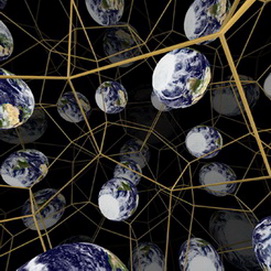 Powered by Cookie Information
We use cookies to ensure that we give you the best experience on our website. If you continue to use this site we will assume that you are happy with it.OkNoPrivacy policy